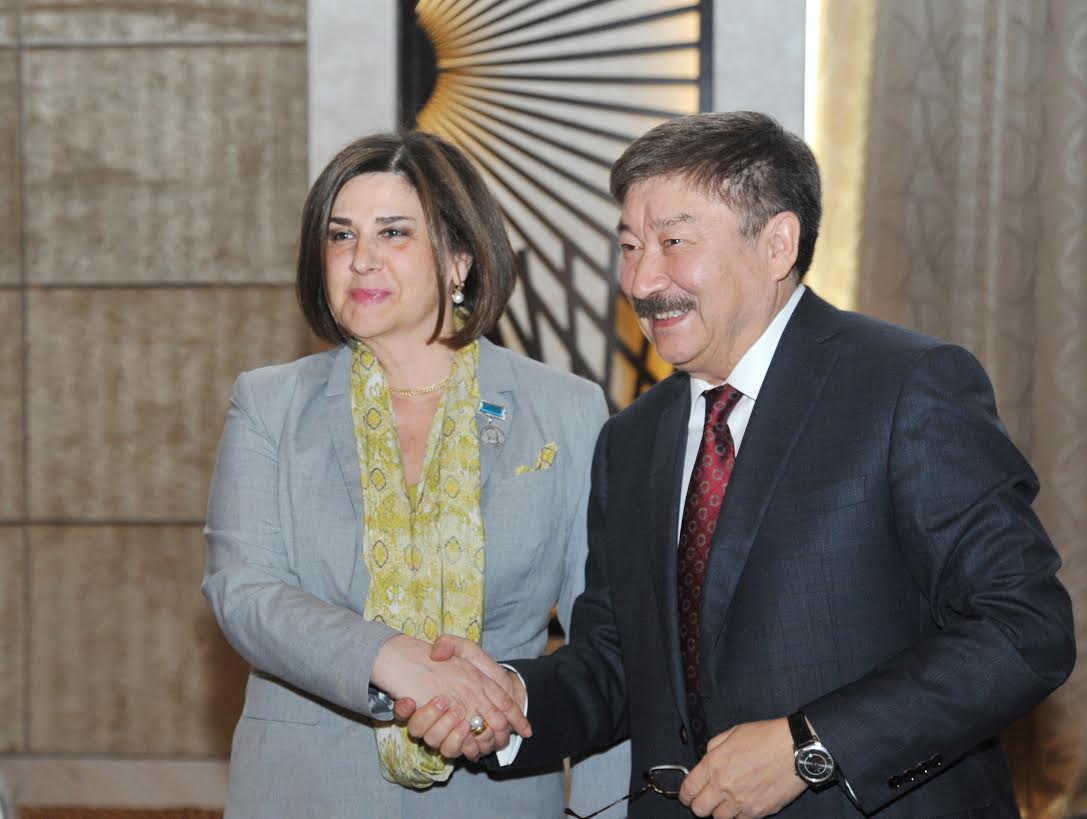 April 23, 2015. A conference “Author and Hypocrisy, Book and Lie” (from the series of Armenians’ falsification of history) devoted to the “World Book and Copyright Day” was held at JW Marriott Absheron Hotel.  Mr. Kamran Imanov, Director of the Copyright Agency of the Republic of Azerbaijan, opened the conference. He emphasized the Armenian mythomania, spoke about attempts made by our disgraced neighbours to delude the international community. “Today the Armenian policy tries to falsify the history, their diaspora expands its activity in this field. To prevent the expansion of so-called “Armenian genocide” throughout the world, the attempts to falsify the history is the strategic mission for all of us.” stated Mr. K. Imanov”.

Next to take the floor was Gunay Efendiyeva, Secretary of the National Commission of the Republic of Azerbaijan for UNESCO, who gave comprehensive information on UNESCO’s useful activities in the field of copyright.

Mr. Vagif Aliyev, Deputy Minister of the Ministry of Culture and Tourism, spoke about the facts of ratification of “Armenian genocide” without carrying out any historical researches, relying on any historiographical sources, and stressed the importance of struggling against this disgraced policy.

The floor was given next to Mr. Firudin Gurbanov, Deputy Minister of the Ministry of Education and Mr. Farhad Vahabov, Head of Administration at the Ministry of National Security, General-Major. They called to join efforts to popularize our country and propagate the truth about Karabagh.

To the end of the Conference Mrs. Afag Masud, writer, Director of the Translation Centre under the Cabinet of Ministers of the Republic of Azerbaijan, Mr. Kamran Imanov, Chairman of the Copyright Agency of the Republic of Azerbaijan, and Mr. Fikret Goja, poet, Secretary of the Writers Union, were awarded with TURKSOY medal in recognition of their services in establishment of literary and cultural relationships in Turkic countries.

The participants of the event were presented with the book “AZ i YA” by Olzhas Suleimenov from Books Series of the Translation Centre.

The World Book and Copyright Day- April 23, and the World Intellectual Property Day-April 26 are marked annually in Azerbaijan respectively from 1995 and 2001.